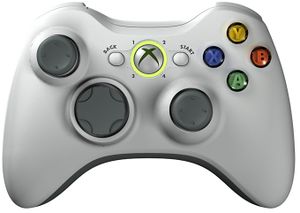 The Xbox 360 Wireless Controller for Windows, which is sold by Microsoft with a separate receiver, works with Kodi on Windows XP, Vista, and 7 using standard Microsoft Drivers. The controller, along with the wired edition controller, should be plug-and-play on Windows (tested with Windows 7. Awaiting confirmation on Vista and XP) since Kodi 12 Frodo.

Many other unofficial 360 controller models have been reported as compatible with Kodi and added to the device list. If you run into one that does not work automatically, please use the instructions in the forum thread linked below to report the device name and make it work.

For Linux, there are two options: the built-in Xpad kernel drivers bundled with most Linux distributions or the Xboxdrv userspace drivers package, available here: Homepage and Binaries or Git-Source (or use your package manager). Xpad should work out of the box with no configuration. However, Xboxdrv doesn't map the same way or use the same device name, so if you want to use it with XBMC, use the --mimic-xpad argument. This will cause it to use the same mappings and device names as Xpad, the only currently supported method.

Work is still progressing on Linux support. In particular, use of the 360 triggers in Linux can cause some axes of the thumbsticks to fail until Kodi is restarted. See the Forum link below for more information.

The following gallery shows the function of each button when navigating menus and during video playback.