Archive:Enable Hardware Accelerated Decoding via DXVA2 in XBMC for Windows

1. Windows 7 or Windows Vista only with latest Windows updates. Note: Windows XP users must use DSPlayer because XP does not support DXVA2.

2. Video card that supports DXVA2 such as one of the following:

Once you have met the hardware and software requirements, you’ll need to enable DXVA2 hardware acceleration in XBMC. It’s simple. 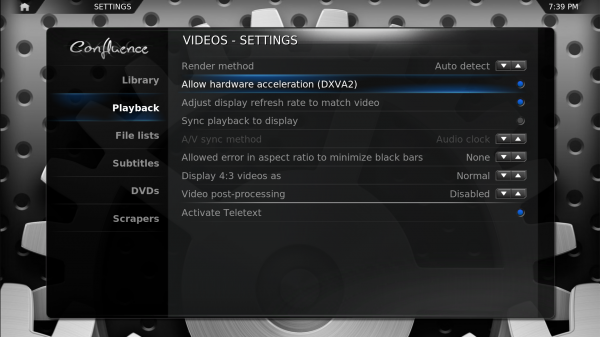 To test and verify, while playing a video press the O key to enable the on-screen display. 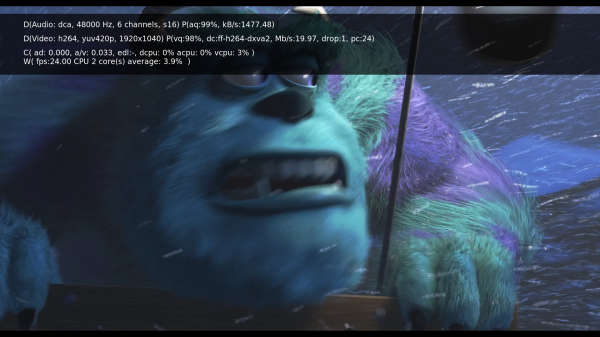 The bottom row will display an average which is your CPU usage. It may be helpful to toggle the DXVA2 setting to do a before and after to see how much improvement you have. For instance going from 40-50% without DXVA2 to 4-8% once it was enabled. Some lucky bastards even report 1% or even 0% usage.

And that’s that! You should now be enjoying improved H.264 and VC1 playback and system performance in XBMC for Windows.