Solve snapshots to gain points for the Hall of Fame - powered by the website whatthemovie.com

Currently Main Features are:
- Login with your whatthemovie.com account
- Solve, favourite, bookmark and rate shots
- Zoom the snapshot
- Set random and navigation options
- Jump automatically to the next or random next shot

This add-on is installed from the Add-on browser located in Kodi as follows:

http://whatthemovie.com is a movie quiz webpage where you may solve movie snapshots by guessing its movie titles.
This addon enables you to play this movie quiz with your friends and family on your TV in your living room - or wherever you installed XBMC ;-) 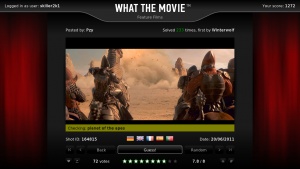 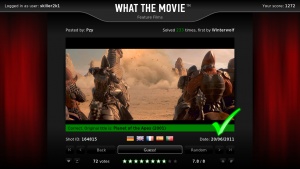 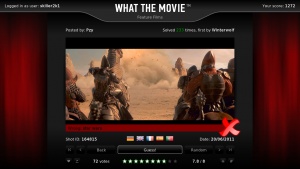 The game is very simple - just start the addon and you'll see a snapshot from a movie. If you think you recognize the movie, select the guess-button and type the title - if your answer is correct you will score one point* and the next random shot will be loaded automatically. You can guess as often as you like and need to solve it, but of course you can skip any shot by just jumping to the next one :-) 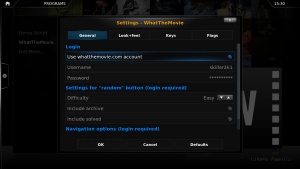 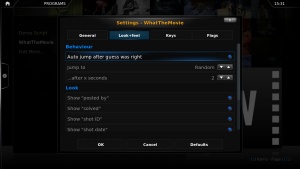 You don't need to create an account to play - some features however require that you are logged in: 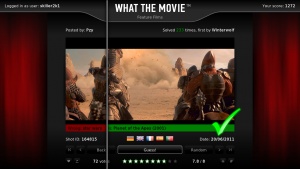 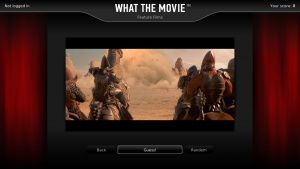 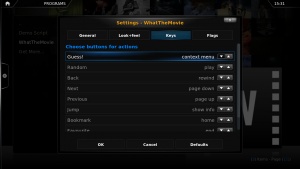 You can define your own hotkeys for most of the frequently used functions (default keys in brackets):

We have the permission to publish this addon and the WTM crew is indeed very happy with this addon :-)

If you like this addon please think about becoming a "WTM Supporter" (see here).

Of course you are also invited to help with improving the content of whatthemovie.com by rating shots and uploading new shots (please read the 5 golden rules of uploading first).

Donations to the XBMC project are also appreciated.

If you have any bug reports, feature requests or something similar: please use our issue page or this XBMC forum thread - think twice before bothering the whatthemovie.com support team.

Code is available on https://github.com/wtm4xbmc/script.game.whatthemovie

Learn more about whatthemovie.com itself:

If you have any other questions, just ask us. We are happy to help!