In Kodi, game playback can be controlled similar to movies. Pause, rewind and fast-forward are possible if supported by the emulator. 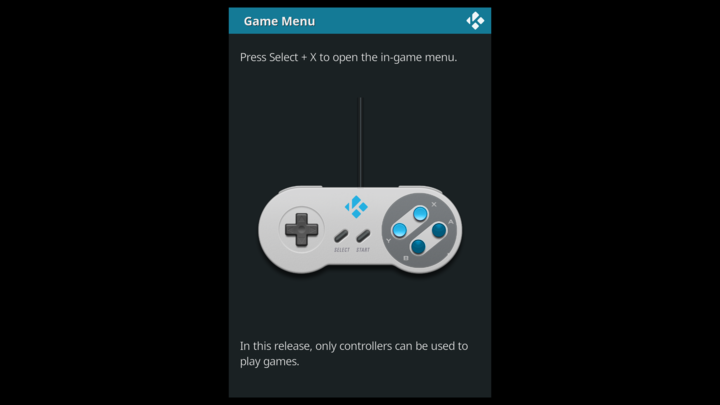 To open the game menu, press the buttons on your controller that best match Select + X as they appear on the SNES controller. On modern controllers, the Select button is called Back (Xbox), View (Xbox One), Share (PS4) and various others.

Games in Kodi can be controlled with the following button combos:

The in-game menu allows for some basic playback controls and shows the button combos. 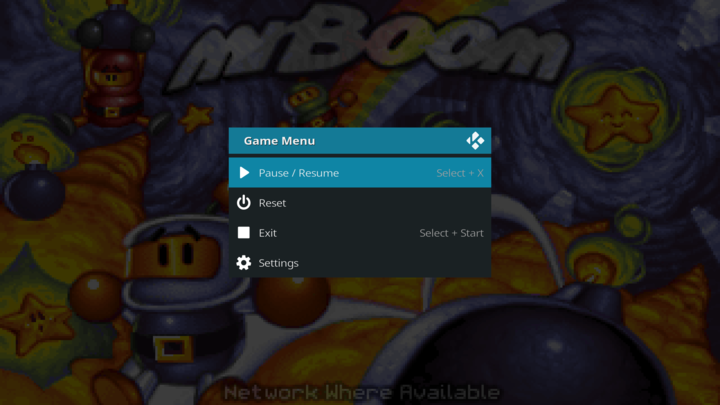 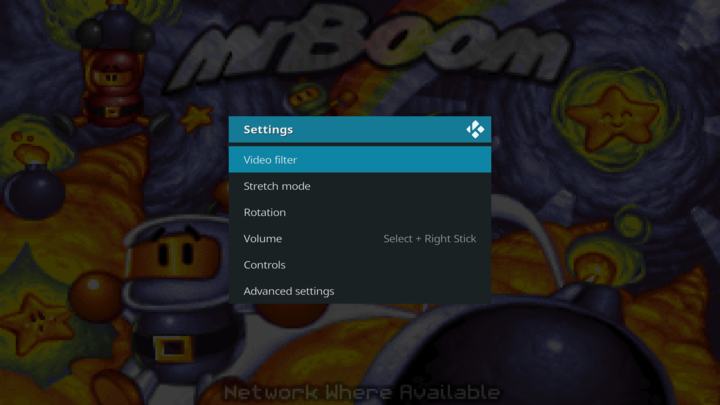