Difference between revisions of "Codecinfo"

Whilst XBMC is playing media on screen you can activate the codecinfo overlay O key on keyboard or Guide on remote. This normally appears as white text on a black background bar located near the top of the screen (dependent on the skin being used). The codecinfo overlay displays a number of real time variables describing detailed information on the codecs currently in use. 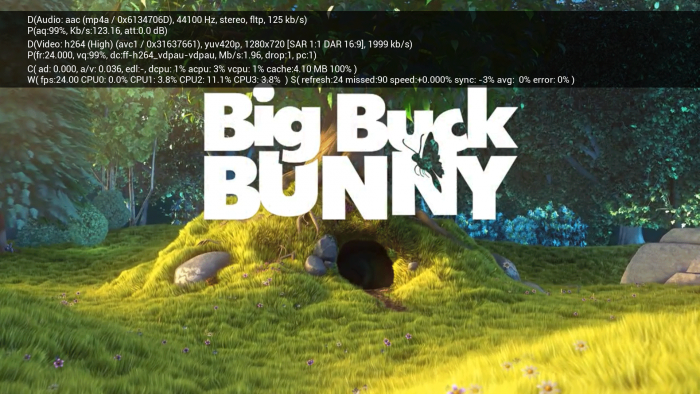 In Gotham in fullscreen video playback, the codec information is split into 4 lines of text. In Gotham it splits into 6 lines.